In this year's competition for funding by the European Research Council (ERC) once again Göttingen scientists at the Max Planck Institute (MPI) for Biophysical Chemistry and the University Medical Center Göttingen (UMG) were successful. 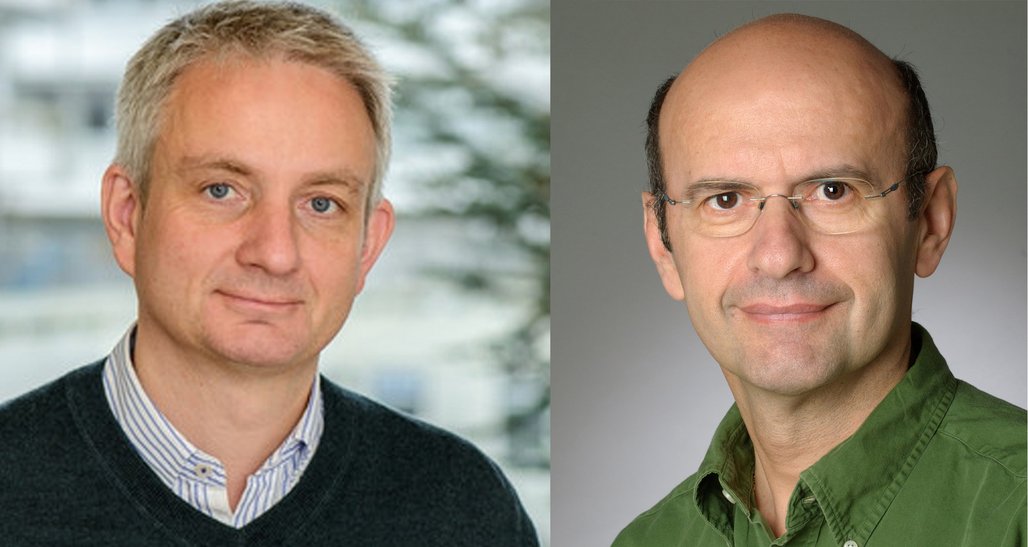 The chemist Theofanis Kitsopoulos, MPI for Biophysical Chemistry, will receive an ERC Advanced Grant endowed with 2.5 million euros. Another ERC Advanced Grant goes to Stefan Jakobs for a project at the UMG Clinic for Neurology, where he is appointed as professor. He further leads a research group at the MPI.

The European Union awards the funding to top researchers who have already achieved scientific breakthroughs and would like to tackle a new, promising project in their field.

Kitsopoulos was successful with his proposal for basic research in the field of reaction kinetics. To speed up chemical reactions, catalysts are widely used. “Catalytic processes contribute, directly or indirectly, between 20 and 30 percent to the worldwide gross domestic product,” Kitsopoulos explains. A better understanding of such processes is important to develop new and sustainable technologies and to optimize existing ones.

The aim of his research project Kinetics and Dynamics at Surfaces is to characterize the most important factors that determine how elementary reactions take place on surfaces. These include, for example, the chemical structure of the catalyst and the geometry of the active sites, the regions where reactions take place at the atomic level. In 2018, Kitsopoulos demonstrated with carbon monoxide reactions on a platinum surface that for about 40 years traditional experiments had led to misinterpretations. In the now funded project, the researcher wants to develop a method to measure the rates of elementary chemical reactions on solid surfaces in the microsecond regime. For the products formed, their chemical constituency, speed, and angular distributions are determined using novel imaging methods that provide the decisive information concerning the dynamics and kinetics of catalytic surface reactions.

Stefan Jakobs is going to use the money to delve deeper into the biology of cellular power plants – the mitochondria – and investigate their structure and dynamics in molecular detail. In addition to molecular biological methods and mass spectrometry, he will use imaging methods such as the high-resolution STED and MINFLUX microscopy developed by Nobel Laureate Stefan W. Hell at the MPI.

About Theofanis Kitsopoulos
Theofanis Kitsopoulos received his doctorate in chemistry from the University of California at Berkeley (USA). From 1991 to 1993, he carried out research at the Combustion Research Facility of Sandia National Laboratories in Livermore (USA). Kitsopoulos was then appointed professor at the Department of Chemistry of the University of Crete (Greece). There, he was Vice Rector from 2007 to 2010. Since 2012, Kitsopoulos has been a project group leader in the Department of Surface Dynamics at the MPI for Biophysical Chemistry and a group leader at the Institute of Physical Chemistry at the University of Göttingen. For his scientific work he was awarded the Humboldt Foundation Award (2012) and the Friedrich von Bessel Award (2004-2005).

Information about Stefan Jakobs can be found here (in German)

About the ERC Advanced Grants
The ERC Advanced Grants are awarded by the ERC since 2008. Applications are open to scientists who lead independent groups and can prove at least ten years of excellent research. The funding rate is only about ten percent. In the current twelfth round, 2052 applications were submitted. The ERC approved a total of 222 proposals with a total budget of 540 million euros. The individual projects will receive funding of up to 2.5 million euros over a maximum period of five years.