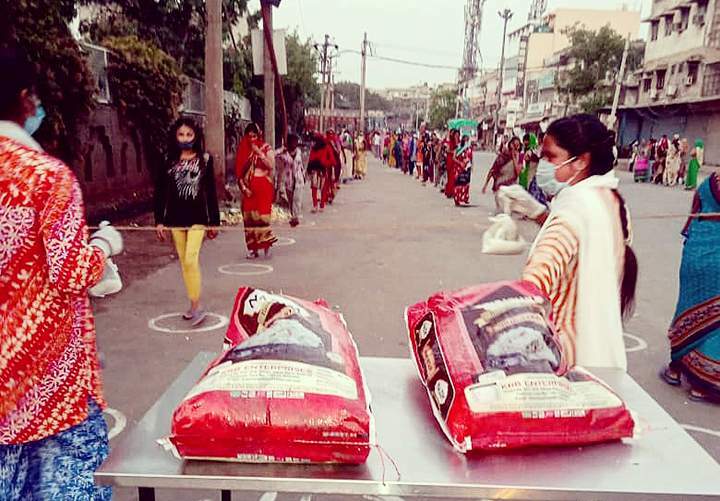 The initial spread of the coronavirus in India led to the introduction of a national lockdown in March 2020. After the first wave of the pandemic had subsided and a nationwide vaccination campaign had begun, a mutation of the virus in the spring of 2021 caused infection and mortality rates to rise steeply again. The previous stages of the pandemic had led to severe social upheaval, the most visible sign of which was the return of hundreds of thousands of migrant workers to their often distant rural home regions. The pandemic threw into sharp relief the unevenness of India’s infrastructure of social redistribution, which feeds on, and sharpens, the graded structures of inequality rooted in India’s social fabric. Professor Ravi Ahuja of the Centre for Modern Indian Studies at the University of Göttingen will produce an "analytical chronicle" of this crisis. The German Research Foundation (DFG) has provided funding for his project "Crisis as catalyst: COVID-19, social citizenship and political transformation in India" for one year with support of 133,000 euros.

The chronicle will cover a period of 18 months: from the first weeks of 2020, when the first COVID-19 cases were identified, to the summer of 2021, half a year after the start of the vaccination campaign and shortly after the peak of a second wave. The aim is to capture the dynamism of social perceptions, behaviour and the contradictory possibilities opened up by the crisis. "We analyse the crisis as an unfinished, still unfolding historical event, a moment of societal acceleration creating sudden strains, and opening new possibilities for consolidation as much as for contestation," Ahuja explains.

The project investigates the formulation and implementation of social policy at the national level, the way the crisis unfolded in different regional contexts, and the way it was experienced, and access to social entitlements were negotiated, at the local level. To achieve this, publicly available sources will be evaluated and experts will be interviewed. "The analytical chronicle must be compiled promptly, while the optimal conditions for documenting everything exist and before the perception of the crisis fades or is reshaped by subsequent developments," says Ahuja. The research findings will subsequently serve as the basis for a deeper historical study of the transformations and structures of "social citizenship" in postcolonial India.