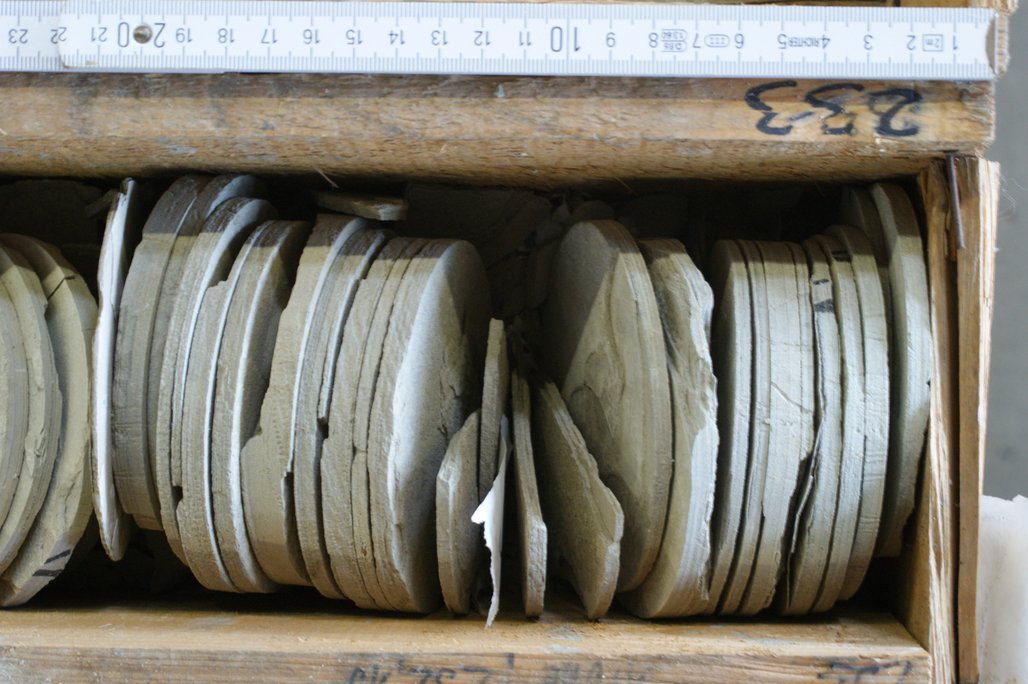 Example of a drill core taken from a lake sediment by the 1973 Nördlingen research well (depth 233 metres). The drill core, which was intensively investigated in the 1970s, still forms a valuable sample material for the investigation of the Ries crater. Photo: Gernot Arp, University of Göttingen

The atmosphere of Mars - and the question whether life might have been possible there once - has been a burning issue in science for many years. While the existence of large bodies of water on early Mars is undisputed, it is still unclear whether life there was ever possible. In particular, the prevalent pH value in earlier times has yet to be researched. The pH value is an important factor that describes the amount of acid and alkali in a solution. An international research team led by the University of St Andrews in Scotland and the University of California has carried out nitrogen isotope measurements at the Nördlinger Ries impact crater in southern Germany for a new study. The University of Göttingen and the Bavarian Environment Agency were involved in the analysis. The results were published in the journal Science Advances.

The crater of the Nördlinger Ries was created about 15 million years ago by an asteroid impact. It was formed in a landscape saturated with water, has an inner ring structure and a double “ejecta” (i.e. material that is ejected or thrown out) outer-layer with a wall structure. This makes it ideally suited as a model crater for comparisons with Mars. The researchers draw their conclusions based on mineral, sediment and biological indicators as well as hydrochemical model calculations. They conclude that the gradual erosion of the different ejecta layers has led to a chemical evolution of the subsequent crater lake.

"The crater lake has developed from a former high-alkaline lake containing high levels of sodium salts with a pH of 9.8, into a seawater-like, moderately alkaline rock salt lake with a pH of 8.5," explains Professor Gernot Arp from the Geobiology Group at the University of Göttingen. Nitrogen isotope measurements on the material taken from the research well ‘Nördlingen 1973’ 47 years ago confirm the model for the Ries Crater Lake established by Göttingen geoscientists in 2013. "The initial, rapid rise to high pH values is followed by a stepwise titration back to lower pH values," says Arp.

Future missions to Mars could also examine sediments there for their pH value. Using pH reconstructions of bodies of water that existed on Mars in the distant past would then allow inferences to be drawn about historical levels of carbon dioxide in the atmosphere.