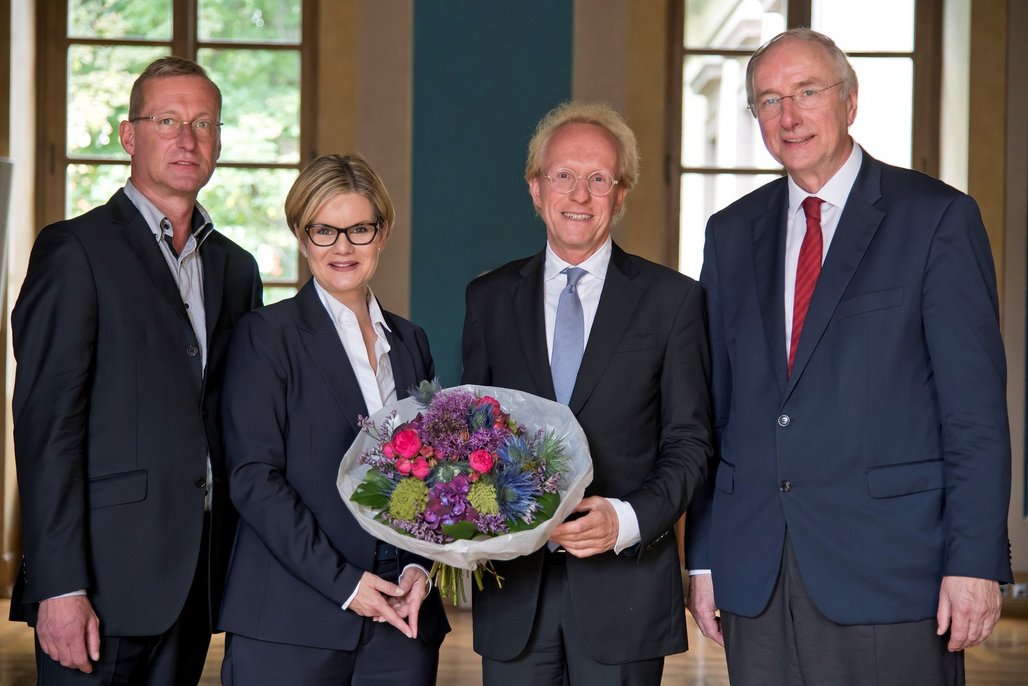 The Swiss-German economist Professor (HSG) Sascha Spoun will become President of the University of Göttingen in 2020. This was agreed on Thursday 20 June 2019 by the University Senate with a large majority. The University Foundation Committee has already confirmed the election. Spoun succeeds Professor Ulrike Beisiegel, who has been in office since 1 January 2011. Spoun advised the Findungskommission of the Senate and the University Foundation Committee on questions concerning the future development of the university beyond personnel issues. In the course of the consultation process, after an initial expert discussion, the Findungskommission asked him to be considered as a successor himself. Ultimately, he was the only candidate from the group of possible candidates selected for the presidency whom the Findungskommission had recommended to the Senate.

Senate spokesperson Professor Nicolai Miosge stated: "The Senate today voted by a large majority in favour of Sascha Spoun as future president. Advice to the Findungskommission showed that he is highly qualified for the office. He convincingly explained how he would like to further advance the University of Göttingen together with all its members in the coming years. We wish him every success in his endeavours.”

The Chair of the University Foundation Committee, Dr Wilhelm Krull, said: ""I am delighted that we have succeeded in getting Sascha Spoun. With proven skills in both strategy and communication, he will be an outstanding president for the University of Göttingen. The Board of Trustees looks forward with confidence to developing future opportunities at the Göttingen Campus together with Professor Spoun and the Executive Board which he will chair”.

"I see the vote as a mandate to further develop the University of Göttingen in keeping with its tradition, because a university of the Enlightenment is needed today more than ever," said Spoun. "Together with the committees and the staff and students of the University, I want to firmly anchor Göttingen in the circle of the world’s most attractive places for science".

Sascha Spoun, born in 1969, studied economics and political science in Ann Arbor, Munich, Paris and St. Gallen. He received his doctorate from the University of St. Gallen in 1998. There he subsequently led the project "Neukonzeption der Lehre" until 2006, whilst teaching business administration. From 2004 to 2010, he also taught at the Faculty of Economics of the University of Zurich. He was elected President of the University of Lüneburg in autumn 2005 and took office on 1 May 2006. In May 2011, he was re-elected for a second term and in January 2019 for a third term from 2020 to 2028. Spoun is a member of various boards of trustees, juries and boards of directors. Since 2006, he has been Visiting Professor for University Management at the University of St. Gallen (HSG) in Switzerland.