With the help of an ERC Proof of Concept Grant, Prof. Dr. Maarit Korpi-Lagg is breaking new ground in predicting space weather. 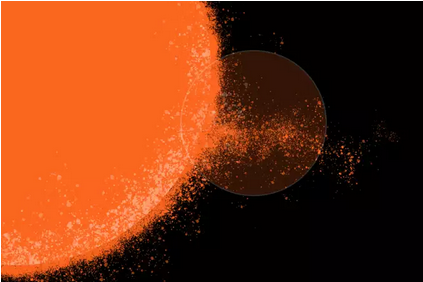 Prof. Dr. Maarit Korpi-Lagg of Aalto University in Espoo (Finland) and the Max Planck Institute for Solar System Research (MPS) in Göttingen (Germany) has received a Proof of Concept Grant from the European Research Council (ERC). In the next year and a half, Prof. Dr. Korpi-Lagg intends to develop an innovative method to predict solar storms. The novel approach to space weather forecasts could increase the possible warning times by a few days, thus allowing for better protection of Earth satellites and other technical infrastructure. While current prediction methods primarily look at what happens on the solar surface, Prof. Dr. Korpi-Lagg relies on the magnetic fields inside the Sun. ERC’s Proof of Concept Grants are designed to support ambitious research projects that have the potential to solve pressing societal issues.

In violent eruptions, the Sun repeatedly hurls particles and radiation into space. The eruptions originate in so-called active regions on the solar surface. These are constantly emerging and disappearing areas characterized by strong magnetic fields. When the solar particles reach Earth's atmosphere, they trigger solar storms. In particularly violent cases, these storms are not only accompanied by picturesque auroras, but can also cause damage to satellites and technical infrastructure on Earth. This can, for example, affect power supplies as well as telecommunications and GPS systems.

"Until now, solar storms can only be predicted when the associated active region can already be seen on the solar surface," Prof. Dr. Korpi-Lagg explains. "However, the solar particles hurled into space move so quickly, that the warning time may not be sufficient to protect technical infrastructure," she adds.

With their new method, the researcher and her team want to set in earlier in the formation process of solar storms. The goal is to predict when and where critical active regions will form before they are visible. Compared to previous space weather forecasts, this would give a head start of several days.

Large and complex data sets
Crucial to this endeavor are the magnetic fields inside the Sun, which cannot be observed directly. The team therefore relys on special gravity waves within the solar plasma, which can be observed on the Sun’s surface and hold information about the highly dynamic magnetic fields inside the star. Networks of solar telescopes on Earth and in space constantly monitor these waves. In recent years, the scientists led by Prof. Dr. Korpi-Lagg have developed computer models to calculate the magnetic fields in the interior from such observational data. Since this requires the processing of very large and complex amounts of data, the team among other things uses high-performance computers at the MPS.

"The models we are developing as part of the new research project will process the observational data in real time and use machine learning methods to predict solar storms as early as possible," says Prof. Dr. Korpi-Lagg, describing the new approach. In this way, open source software is to be created that can be integrated into the existing worldwide infrastructure for forecasting space weather.

Prof. Dr. Maarit Korpi-Lagg has a training of an astronomer, but throughout her career she has worked with computer modelling, and currently holds an associate professorship in computer science. Her studies and PhD at the University of Oulu (Finland) were followed by research stays in Newcastle (England), Toulouse (France), Copenhagen (Denmark) and Helsinki (Finland). Since 2013, Prof. Dr. Maarit Korpi-Lagg has been conducting research at Aalto University (Finland), and at the MPS since 2016. Since 2019, the European Research Council has been supporting her research within the framework of the ERC Consolidator Grant "Building a Unified Theory of Stellar Dynamos". Such existing funding from the ERC is one of the requirements for a Proof of Concept Grant.