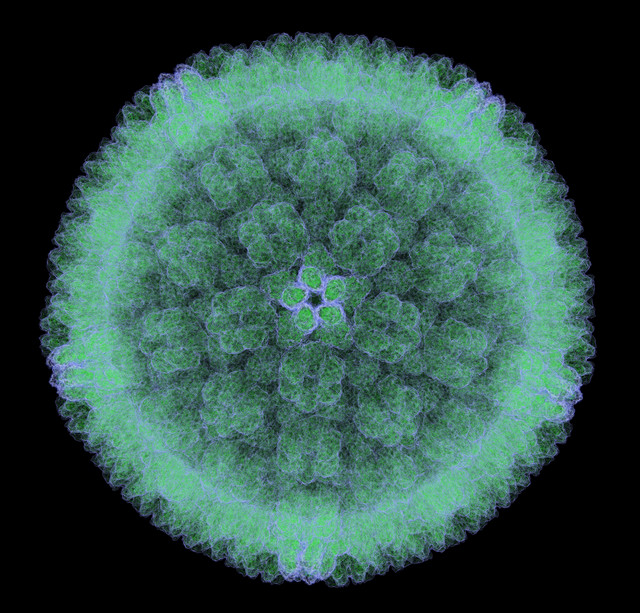 Viruses are mostly encountered as pathogens. However, virus-based vaccination platforms can also help to provide protection from different diseases. In a mouse model, researchers from the Helmholtz Centre for Infection Research (HZI) in Braunschweig together with national and international partners including the German Center for Infection Research (DZIF), the German Primate Center – Leibniz Institute for Primate Research (DPZ), the Technische Universität Braunschweig and the University of Rijeka, Croatia, have developed a novel cytomegalovirus-based vaccine against different respiratory viruses. A single dose of the vaccine that consists of a cytomegalovirus that incorporates genes from coronavirus or influenza A efficiently protected mice from the respiratory infections. The results on the vaccine candidate, which is not yet market-ready, were published in the journal Cellular & Molecular Immunity.

Vector-based vaccines saw their public breakthrough with the development of several SARS-CoV-2 vaccines. With this technology, harmless helper viruses transport the genetic code for an antigen into host cells. The host cells produce the antigen and present it on their surface, which triggers an immune response. While the SARS-CoV-2 vector vaccines are based on a modified version of adenoviruses, researchers led by Prof Luka Cicin-Sain, head of the HZI Department “Viral Immunology”, have identified a promising alternative candidate for a vector-based vaccine platform: the cytomegalovirus (CMV). CMV is a member of the herpes virus family that usually causes only mild symptoms upon infection and can persist in the body for a long time. In the current study, the researchers worked with murine CMV (MCMV) in the mouse model of infection. “It is a special feature of CMV that it causes a strong and durable activation of T cells, which help to hold the virus under control”, says Cicin-Sain.

In order to use MCMV as a vector to protect against other respiratory infections, the researchers integrated genetic sequences of influenza A or SARS-CoV-2 proteins in the MCMV genome. After injection of these vaccine carrier viruses, mice developed an immune response that protected them against infection with influenza or SARS-CoV-2, respectively. The adaptive immune system consists of two parts: Antibody-producing B cells form the humoral arm, where T cells form the cellular arm. For efficient and durable immune responses, both arms should be targeted. “While the immune response to CMV is dominated by a T cell-response, in our study we show that this vector can also induce protective effects against influenza and SARS-CoV-2 by antibodies”, says Cicin-Sain. For SARS-CoV-2, the researchers could also show that the antibodies were active against different variants of the virus, such as Alpha (B.1.1.7) and Beta (B.1.351).

Not only was a single dose of the CMV-based vaccine sufficient for long-term protection, but the quality of the antibodies also improved over time through a process called affinity maturation. “Lasting immunity typically requires multiple vaccine injections. With our platform, we observe it with a single shot”, says Yeonsu Kim, a PhD student in the Department “Viral Immunology” and shared first author of the study. “This makes the CMV an ideal vector candidate to get good protection with simple logistics.”

“Overall, we demonstrate that our vaccine platform can produce strong antibody-mediated protection against two different respiratory viruses. Therefore, we believe the effect is not specific to the target virus but the CMV-platform can be widely applied to other viruses”, says Cicin-Sain. “The approach has the potential to go through the necessary further preclinical and clinical development steps.”

The study was supported by funding from the Helmholtz Association, the Ministry of Science and Culture of Lower Saxony and the European Union’s Horizon 2020 programme, among others.