Using unique observational data and computer simulations, the MPS scientist is striving to understand the incredibly hot temperatures in the solar corona. 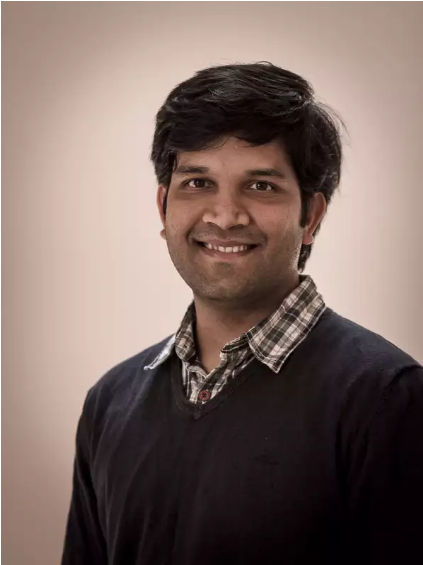 The European Research Council (ERC) has awarded Dr. Lakshmi Pradeep Chitta a Starting Grant of about 1.5 million Euros. Over the next five years, the MPS scientist will have the opportunity to pursue one of the great unsolved mysteries of solar research: How does our star heat its outer atmosphere, the solar corona, to unimaginable temperatures of up to 10 million degrees Celsius? With unprecedented observational data from ESA's Solar Orbiter spacecraft and powerful computer simulations, the young researcher intends to bring new momentum to the search for the coronal heating mechanism. Pradeep Chitta is one of 397 scientists to receive an ERC Starting Grant this year. More than 4000 researchers had applied.

During a solar eclipse, the Sun's corona appears as an impressive, faintly shimmering ring around the eclipsed star. On closer inspection, the outermost layer of the Sun's atmosphere turns out to be a veritable witch's cauldron: trapped by powerful magnetic fields, hot plasma flows along huge, loop-shaped paths; violent eruptions repeatedly hurl radiation and particles into space. The temperatures in the corona are likewise extreme: they lie at around one million degrees Celsius; in some of the loop-shaped plasma flows, they can even reach ten times that temperature. How is this possible? After all, the underlying visible surface of the Sun is a comparatively cool 6000 degrees Celsius ? even though this layer is closer to the Sun's heat-emitting core.

The goal of Pradeep Chitta's research project is to answer this question. To this end, researchers look primarily at the characteristic, loop-shaped plasma flows of the corona, the so-called coronal loops. They originate at the solar surface and are thus a link between the corona and deeper layers of Sun’s atmosphere. In the past, various theories have tried to explain how the complex interplay of magnetic fields and flowing hot plasma at the loops’ footpoints provides the corona with the necessary energy. None has yet fully succeeded.

In his work, Pradeep Chitta now proposes a process that has not been fully appreciated so far: The MPS researcher investigates restructuring processes in the small-scale magnetic architecture at the footpoints. These magnetic structures measure only a few hundred kilometers in size. As Pradeep Chitta’s preliminary studies show, such processes can heat up the coronal loops and trigger outbursts of particles and radiation.

To pursue the new theory further and to assess prevalence of different heating processes operating in the corona, a very special look at the Sun is required: It must be highly-resolved and capture several of the Sun’s atmospheric layers simultaneously. Only in this way can the decisive dynamical processes be traced all the way from the solar surface through the lower atmosphere and into the hot corona. Launched into space in February 2020 and after an almost two-year long commissioning and approach phase, ESA’s Solar Orbiter spacecraft is now beginning to provide such data on a regular basis. In the next years, the probe will venture to a distance of only 42 million kilometers from the Sun. This is less than a third of the distance between Sun and Earth. The MPS has contributed to a total of four of the scientific instruments on board.

"Solar Orbiter opens up completely new possibilities. Better than ever before, we will be able to use observational data to check whether our theories and computer simulations take into account the crucial processes on the Sun," says Pradeep Chitta. "This will bring us a big step closer to understanding coronal heating”, he adds.

Dr. Lakshmi Pradeep Chitta studied physics at the University of Hyderabad in India. Already in his doctoral studies at the Indian Institute of Astrophysics and the Harvard-Smithsonian Center for Astrophysics in the United States he turned his research focus to the solar atmosphere. Since 2015 Pradeep Chitta has been working at the MPS, at times as a Marie Skłodowska-Curie Fellow funded by the Horizon 2020 programme of EU. In 2019, the European Solar Physics Division of the European Physical Society awarded him its Early Career Researcher Prize, recognizing his groundbreaking work on the importance of small-scale magnetic fields in the photosphere for the structure and dynamics of the corona.

Each year, the European Research Council awards the prestigious Starting Grants to young researchers who are still at the beginning of their scientific careers but have already proposed a comprehensive, independent research project. Of the more than 4000 applications received in the current funding round, 397 were found to be excellent and will receive financial support over the next five years.