The Ministry of Science and Culture of Lower Saxony awarded the researcher the prestigious Lower Saxony Science Award in the category "Scientist in an early career phase". 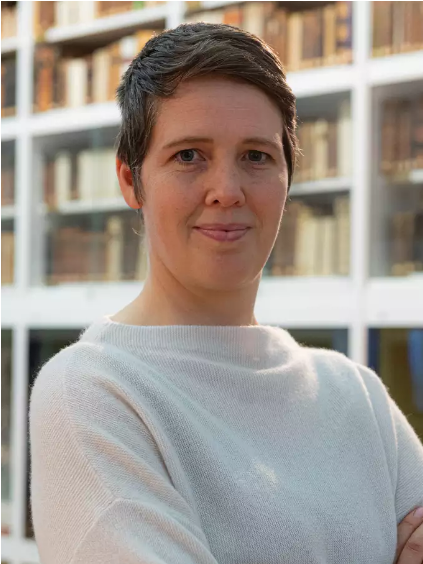 On November 17, 2021, the Ministry of Science and Culture of Lower Saxony awarded the researcher of the Max Planck Institute for Dynamics and Self-Organization (MPIDS) in Göttingen the prestigious Lower Saxony Science Award in the category "Scientist in an early career phase". With this award, the state of Lower Saxony annually honors scientists, who distinguish themselves through particular professional excellence as well as through their commitment. The jury of the Scientific Commission of Lower Saxony was deeply impressed by the professional achievements of Viola Priesemann in the field of theoretical neuroscience, as well as by the flexibility to adapt her research activities to the Covid 19 pandemic at short notice.

In recent months, Viola Priesemann has become known in particular for her modeling work on the COVID-19 pandemic. The physicist has been an integral part of the Göttingen Campus since 2013, where she develops mathematical models to study self-organization and information processing in complex and neural systems. One of her most important research results is a theory that shows how neurons form stable and, as it were, effective and dynamic networks to transmit signals and process information. Since the mathematical description of such networking and propagation of signals is very similar to the propagation of a virus, she decided to apply her expertise to the pandemic in early 2020. Since then, Viola Priesemann has become a highly sought-after expert, advising the German government, among others, and regularly appearing in the daily press, talk shows and radio programs.

Together for basic research
"I am very honored by this award and pleased to be able to contribute to current science through my research," Priesemann said happily. "Our work is important to reveal how living neurons learn and process information independently. If we understand these basics, we will also be able to develop more energy-efficient artificial neural networks, and thereby also mitigate the climate crisis a bit," she explains. At the same time, she says, the COVID-19 pandemic teaches us that basic research also makes for excellent crisis preparation. "We don't know exactly what the future crises will bring in terms of challenges, but basic research will certainly again prove extremely helpful in the crisis situation," Priesemann says. Furthermore, she emphasizes that such research is always a team effort: "I am delighted every day to be able to work with such creative, intelligent and committed young scientists”.

The scientific landscape in Göttingen fosters interdisciplinary exchange
Viola Priesemann's research group "Theory of Neural Systems" is working at the Max Planck Institute for Dynamics and Self-Organization in Göttingen and the Institute for Dynamics of Complex Systems at the University of Göttingen; the scientist is closely networked with the scientific landscape at the Göttingen Campus. Among others, she is a member of the Cluster of Excellence "Multiscale Bioimaging: From Molecular Machines to Networks of Excitable Cells (MBExC)": Here, researchers have joined forces to investigate with a multiscale approach the interrelationship of heart and brain diseases to develop new therapeutic and diagnostic strategies with societal implications. In addition, she heads a subproject in the Collaborative Research Center "Quantitative Synaptology" as well as in the program "Evolutionary Optimization of Neural Systems".

In the interdisciplinary Göttingen Bernstein Center for Computational Neuroscience, she also contributes to research on the nervous system through her models. In this context, she is involved in numerous teaching activities at the University of Göttingen as well as in the supervision and support of young scientists.

An important voice during the crisis
In addition, Viola Priesemann maintains numerous international collaborations with other research groups. In the context of the COVID-19 pandemic, she recently coordinated several statements on the cross-border handling of the pandemic, which was signed by leading experts from almost all European countries. Using her own expertise, she repeatedly appeared in front of the camera to shed light on the background of the current infection and to present the modeling of possible scenarios for the future. During this year, she already received the Communitas Prize from the Max Planck Society as well as the medal for scientific journalism by the German Physical Society.

"We at MPIDS are pleased that Viola Priesemann has now been awarded the Lower Saxony Science Prize 2021 due to her outstanding achievements in research and public engagement," says Ramin Golestanian, executive director of the MPIDS. “We are all very proud of the role that she played in being a public voice of reason at a time when there was so much uncertainty”, he concludes.

The prize was awarded on Nov. 17, 2021, in Hannover by the state's science minister, Björn Thümler.