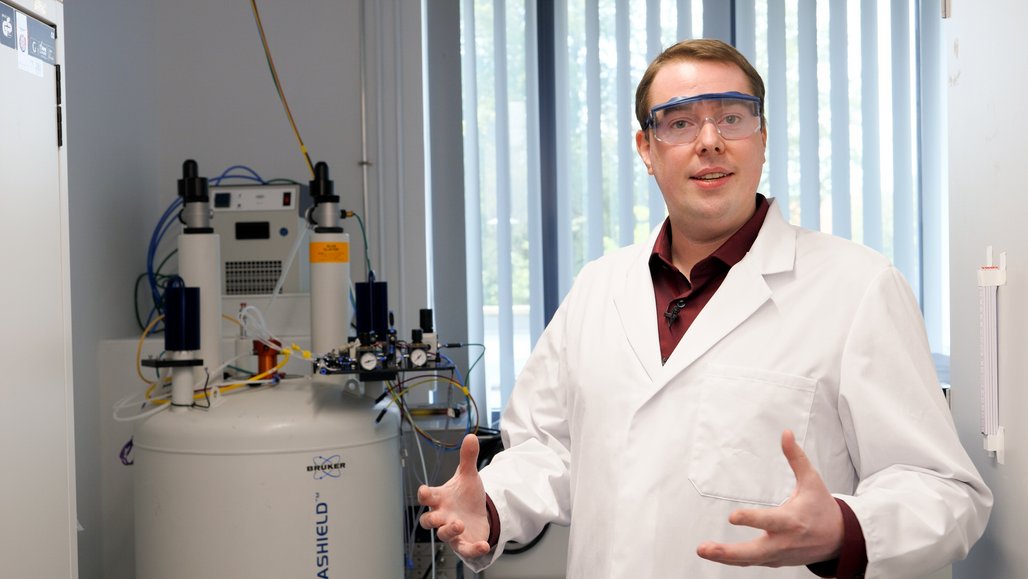 For researching new methods to track cellular processes, Stefan Glöggler of the Max Planck Institute for Biophysical Chemistry and the Center for Biostructural Imaging of Neurodegeneration of the University Medical Center Göttingen (Germany) is awarded with the Felix Bloch lecture by the German Chemical Society (GDCh). He received the prize on September 29.

Glöggler and his team recently succeeded in developing new efficient and fast methods to probe metabolic events in real-time. “Our aim is to observe metabolites and their biochemical conversion directly inside our body using magnetic resonance imaging (MRI). Information about an altered metabolism opens up opportunities for an early diagnosis and new therapies of diseases such as cancer or dementia,” the researcher explains. “My goal is to revolutionize the use of MRI in biomedical research and clinical diagnostics.”

The major advantage of his approach: There are no non-physiological contrast agents required, which are otherwise often necessary in MRI to diagnose diseases. Instead, metabolites produced by our own bodies act as contrast agents themselves, making the approach well tolerable.

Hydrogen and quantum effects lead to success
In order to directly observe metabolites and their conversion and to use them as contrast agents with MRI, their signal needs to be enhanced. Glöggler has developed a new and fast approach that allows to amplify signals by over 10.000-fold. As part of the process, he reacts natural metabolites with a special form of hydrogen, para-hydrogen. It can be obtained in a simple and cost-efficient way by electrolyzing water into oxygen and hydrogen. Subsequently, the latter is strongly cooled.

“Para-hydrogen brings rockets into space and has great potential to fuel next-generation hydrogen cars,” Glöggler tells. “Now, para-hydrogen promises to revolutionize the field of medical diagnostics. For our research, we make use of the quantum effects of para-hydrogen. They are phenomena that only occur within the microcosm of smallest particles and atoms. However, such effects have a massive impact on our world. They lead to an immense boost of metabolite signals during our investigations.”

In addition, the Max Planck Researcher and his team cannot only enhance the signals but also extend the lifetime of contrast agents. “Usually, signals of metabolites can only be traced for a few moments within the MRI,” Glöggler states. “We are working on new molecules that can be tracked for ten minutes and more.”

Portable mini MRI
The massive boost in signal has another advantage: Metabolic events can now be observed with portable mini devices as compared to state-of-the-art MRI scanners that are stationary and expensive – another focus of the awardee. “The greatly enhanced metabolite signals can be detected in MRI devices with a magnetic field strength not larger than that of fridge magnets from our kitchen. By using our do-it-yourself MRI, we succeeded in observing an important metabolic process that is currently investigated in clinical trials for cancer diagnostics.” The Max Planck scientist is convinced that a commercial use of mini MRI devices is not far in the future. Especially, patients in less-developed regions will benefit from affordable MRI.

“I am excited to receive the award of the GDCh, which at the same time recognizes the achievements of my whole team”, the awardee emphasizes. After several years of research, he is more than ever driven by his visions: "In the future, we want to transfer our methods from human cell cultures to complex organisms to better understand physiological functions. An actual application in medicine lies only a few years in the future."