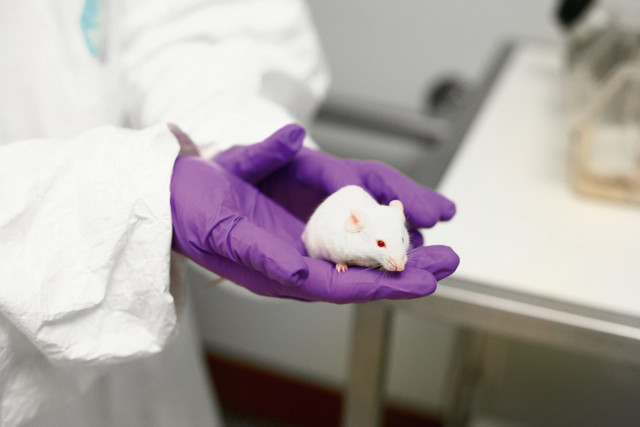 Responsible animal experimentation is a small but essential component of basic biomedical research. At the German Primate Center, non-human primates are used for experiments in neuroscience and infection research. They have a special role to play due to their good transferability to humans on the one hand and the great ethical demands involved in using species with a highly developed sensory physiology on the other. The DPZ sees its duty to inform the public and the media about animal experiments through various channels and measures. For this fact-based, transparent and up-to-date communication, the DPZ has received the "Seal of Quality for Exemplary Communication on Animal Experimental Research". The seal is awarded by the initiative “Tierversuche verstehen” to various institutions that are committed to open communication and dialogue about animal experiments.

In order to better understand complex biological processes in the human organism and how it functions, animal experiments are still indispensable. They are also essential for toxicological safety testing and drug development. Despite the importance of animal experiments for the well-being of humans – the Covid19 vaccines, which are currently being researched worldwide, are just one example – this topic is highly controversial among the public and politicians and is rejected outright by parts of the population. One of the reasons for this discrepancy between the scientific importance of animal experiments and their perception by the public in recent decades has been a lack of information and communication from the scientific community. However, a willingness to engage in dialogue is necessary to maintain social acceptance.

The German Primate Center has always taken a pioneering role in this area. The researchers communicate openly with the public and the media and advise politicians on animal welfare issues. On the DPZ website, there is an extensive section on animal experimentation as well as a 360-degree tour of various laboratories and animal facilities. The scientists discuss animal experimental research with interested members of the public during guided tours of the institute and at events. Press representatives are regularly allowed to visit and interview the DPZ. The DPZ is also active in social media (Youtube and Twitter (@DPZ_eu)).

The DPZ is "a prime example nationwide for the responsible handling of animal experimental research," writes the Initiative Tierversuche verstehen on its website, mentioning in particular the extensive information center and the virtual tours. In addition to the DPZ, the University of Hohenheim, Stuttgart, the Max Delbrück Center for Molecular Medicine, Berlin, the Rudolf Zenker Institute for Experimental Surgery at the University Medical Center Rostock, Pro-Test Deutschland e.V. and the Max Planck Society were awarded the seal of quality.