The use of cannabis during youth, experiences of abuse, and migration increase the risk for an extreme form of multiple drug use 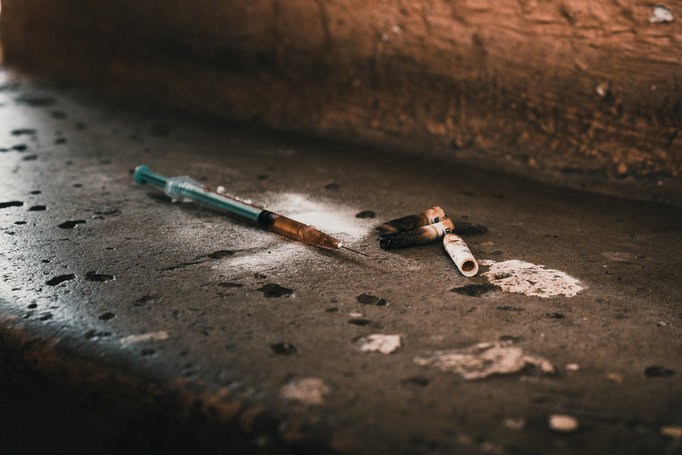 Many drug addicts take not only one substance but rather several. Scientists at the Max Planck Institute of Experimental Medicine in Göttingen have investigated the role that genes and the environment play in the development of such multiple substance consumption or polytoxicomania. © shutterstock

Many drug addicts take not only one substance but rather several. Scientists at the Max Planck Institute of Experimental Medicine in Göttingen have investigated the role that genes and the environment play in the development of such multiple substance consumption or polytoxicomania. Their results show that, in addition to genetic factors, the accumulation of several unfavourable environmental factors causes people to slip into such an extreme form of multiple drug use. Among the risk factors were sexual and physical abuse, living in a big city, and migration experience as well as the use of cannabis and alcohol before the age of 18 years. Cannabis and alcohol may act as gateway drugs for vulnerable individuals, thereby paving the way to more problematic substance use.

They take prescription sleeping pills or narcotics, sniff glues, and use cocaine or ecstasy. Multiple substance use or polytoxicomania is the term used to describe when people use several types of drugs seemingly without particular preference. People with this disorder profile are often completely detached from normal social life.

How does the extreme form of consumption come about? “The reasons for polytoxicomania or multiple substance use have so far been given little attention”, says Hannelore Ehrenreich, Head of Clinical Neuroscience at the Max Planck Institute of Experimental Medicine in Göttingen. “Unfortunately, the phenomenon is widespread and costs billions every year”.

It is estimated that 8 to 18 percent of all teenagers in the US use three or more types of drugs on a regular basis and over a longer period of time. This phenomenon, called polytoxicomania, not only carries the risk of developing multiple substance dependencies but also often entails further psychological and physical damage. Using an exceptionally well-characterized study population of people with schizophrenia, the Max Planck researchers investigated factors that could explain why some people develop polytoxicomania while others do not.

Accumulation of unfavourable factors
The evaluation of this detailed data revealed that mainly the accumulation of several unfavourable environmental factors poses a high risk for later multiple substance use. Some of these risk factors can be prevented with relatively simple measures. One particularly critical factor is the use of cannabis before the age of 18 years, which more than doubled the probability of developing polytoxicomania in adulthood. Likewise, physical and sexual abuse, migration, and growing up in a big city as well as problematic alcohol consumption before the age of 18 years were recognized as unfavourable environmental factors. If several of these occurred at the same time, the probability of later multiple substance use, but also of aggressive behaviour and suicidal attempts greatly increased. In addition, those affected showed the first signs of schizophrenia at a much younger age. The disease (to which there was presumably already a genetic predisposition) thus appeared much earlier than in individuals who had not been exposed to any of these unfavourable environmental influences.

“The effect of the accumulation of these risk factors is often underestimated”, says Agnes Steixner-Kumar, first author of the study. She too was surprised at how clearly the data was correlated. Many of the individuals who had been exposed to three or more risk factors in childhood and adolescence regularly used several types of drugs before reaching the age of 18 years.

Genetic risk factors
The researchers also examined the DNA in blood samples of the study participants and discovered several genetic variants that could contribute to the development of polytoxicomania. The results of this study, the only one to date to investigate the role of genetic predisposition in multiple substance use, must now be verified in replication studies. However, this is not without difficulties because worldwide there is no comparable sample of people with polytoxicomania who have been investigated so intensively regarding their substance use and possible environmental influences.

In order to develop effective prevention strategies and prevent young adults from slipping into this extreme form of drug use, the causes of multiple substance use must be better understood. Although it is not possible to change a person’s genetic predisposition, social and political policies can at least ensure that susceptible individuals are not exposed to additional risk factors.

“Many prevention strategies tend to be based more on assumptions about which circumstances promote multiple substance use. That’s why it is so important to answer these questions using scientific methods”, says Ehrenreich. In the next step, the researchers plan to characterize the environment even more precisely. For example, although living in a big city is repeatedly associated with mental illness, it is not yet clear which aspects of city life are particularly problematic.