"Challenges of the build-up phase mastered in an impressive manner" 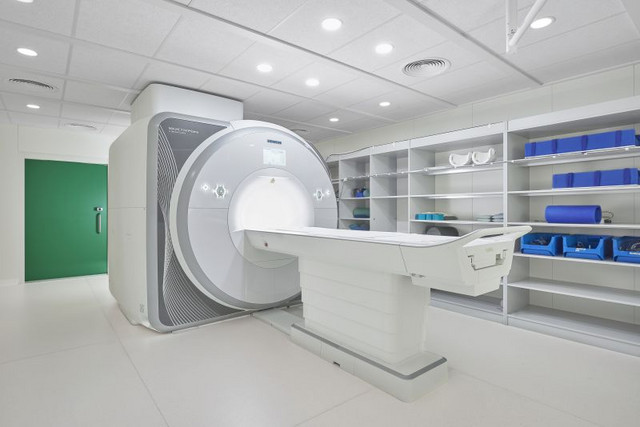 The Siemens Prisma magnetic resonance scanner achieves a magnetic strength of 3 tesla. It is suitable for larger primates including humans. Photo: Sven Philipp

The Functional Imaging Laboratory was established in July 2015 with the appointment of Susann Boretius to the W3 professorship "Functional Imaging" at the University of Göttingen. Almost four years later, on 11 March 2019, the Scientific Advisory Board of the DPZ, consisting of external members, assessed the new department for the first time - and was highly impressed.

When Susann Boretius came to the DPZ in the summer of 2015, the imaging building had just been completed and the inauguration was just a few weeks ago. None of today's 14 employees had yet been hired and not a single office had been furnished. The two 3.0 and 9.4 Tesla magnetic resonance tomographs were already there, but had to be put into operation and tested. In addition, the animal husbandry for keeping rodents, that the doctor of veterinary medicine and physicist needed for a comparative study with macaques and common marmosets was still missing. A lot of construction work had to be done at first, but was hampered through unexpected water damage to the new building. However, this did not stop the department from adding new furniture and staff were added, but also the range of methods and research expanded.

The Functional Imaging Laboratory uses modern imaging techniques to obtain information about the function of organs - in mice, monkeys and humans. This cross-species approach is a unique feature, but it also presents difficulties. A mouse brain is much smaller than a human brain and a mouse heart beats much faster than a human heart. In order to obtain significant images, the resolution for mice must therefore be significantly higher than that for humans. One of the main focuses of the department is the methodological development of magnetic resonance imaging (MRI) and magnetic resonance spectroscopy (MRS). Using MR methods optimized for rodents and primates, the department is also working on current issues in biomedical basic research and preclinical research. Examples are studies on the influence of anesthesia on the biological functions of the brain and on possible biomarkers for the early recognition of age-related disease processes.

The evaluation panel was "impressed by the development of the department, particularly in view of the challenges involved in setting up the infrastructure" and rated the department's achievements as "excellent". The department had already "established a very broad and innovative spectrum of methods". In addition, the experts praised "the extraordinarily high motivation and competence of all members of the department". The "diverse range of cooperations of the department within and outside of the DPZ" were seen as "very positive". The task of both being scientifically active and covering a top-class methodological spectrum was "exceptionally accomplished" by the department.