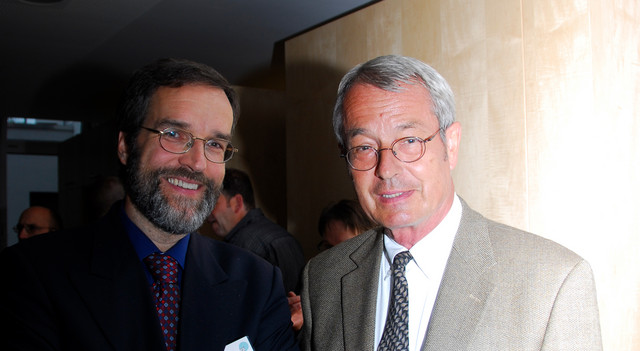 Professor Dr. Reinhard Grunwald, former Commercial Director of the German Primate Center, died in Göttingen on March 21, 2020 at the age of 77 after a long and serious illness.

Born in Göttingen, Grunwald was one of the first at the dual leadership of the DPZ. On September 1, 1978, he took over as Administrative Director of the German Primate Center - Leibniz Institute for Primate Research in Göttingen, which was founded just in 1977, and held this position until September 30, 1984.

Reinhard Grunwald studied law and received his doctorate in Göttingen in 1974. During his professional career, he held leading positions in the field of science administration not only at the DPZ, but also at the Max Planck Institute for Plasma Physics in Garching and as commercial director at the German Cancer Research Institute (DKFZ) in Heidelberg. Most recently, he was Secretary General of the German Research Foundation (DFG) and on the board of the funding organization until he retired at the beginning of September 2007 after eleven years of service.