Over the next years, the ESA spacecraft will study the Sun from a completely new perspective. 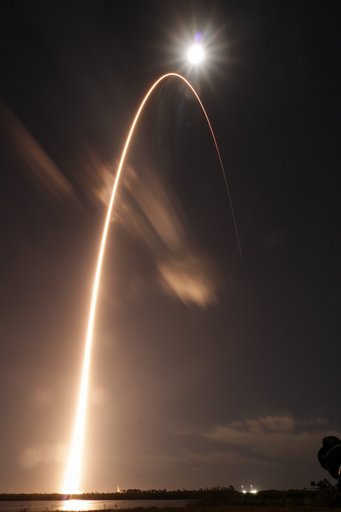 The Solar Orbiter spacecraft has been successfully launched on its journey to the Sun. At 5.03 a.m. Central European Time, the probe took off today from the Kennedy Space Center in Cape Canaveral (USA) on board an Atlas V 411 rocket. A little over an hour later, at about 6.25 a.m., the decisive signal was received: the two solar panels were successfully unfolded; the expedition to the Sun has begun. Over the course of the next seven years, Solar Orbiter will provide the most comprehensive view of our central star to date and, among other things, will look at the Sun’s poles for the first time. The Max Planck Institute for Solar System Research (MPS) has contributed hardware to four of the ten scientific instruments on board Solar Orbiter.

Over the next few months, all Solar Orbiter instruments will gradually be put into operation. However, it will take until the winter of next year before the first scientific data with MPS involvement are available. Only then will Solar Orbiter have arrived in its designated orbit around the Sun bringing to a distance of only 42 million kilometers every 168 days. That is only just over a quarter of the distance between the Sun and Earth. In addition, the probe will use the momentum from flights past Venus to leave the orbital plane of the Earth. The combination of a completely new trajectory and powerful instrumentation will give the probe a unique view of the Sun - from the plasma flows deep inside and the magnetic fields on its surface to the processes in its hot atmosphere and the solar wind.

Solar Orbiter is an ESA mission with strong NASA participation. The prime contractor is Airbus Defence and Space in Stevenage, UK.